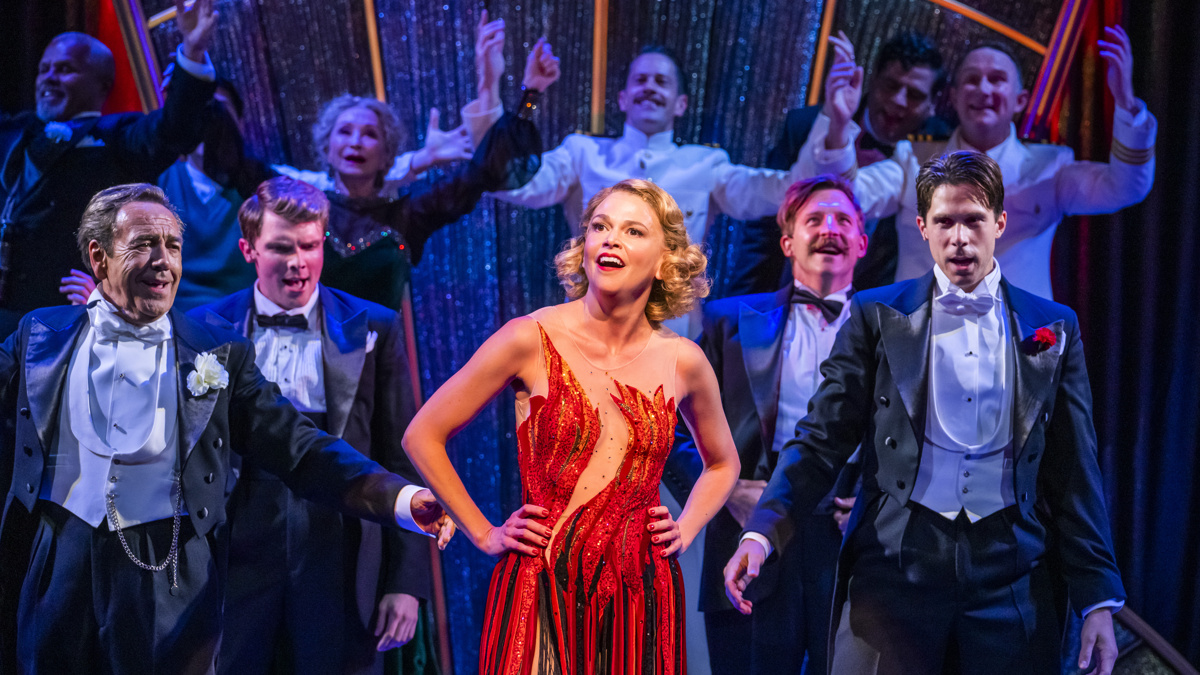 This news is de-lovely! As previously reported, Sutton Foster is reprising her Tony-winning performance as Reno Sweeney in the London revival of Anything Goes. The show, directed and choreographed by Kathleen Marshall, will extend its run at London’s Barbican Theatre through October 31. Principal casting for the extension weeks will be announced later.

“We are thrilled and delighted with the response Anything Goes has been receiving since we opened for previews last month," said producer Howard Panter in a statement. "We have been sold out at every single performance and the crowds go wild as soon as our leading lady, Broadway legend Sutton Foster, steps onto the stage. This is then followed by three incredible show-stopping standing ovations throughout the performance. It just goes to prove that this kind of feel-good comedy musical is exactly the perfect tonic to lift people’s spirits. We look forward to extending our run at the Barbican through to the end of October this year."

With music and lyrics by Cole Porter and the original book by P.G. Wodehouse & Guy Bolton and Howard Lindsay & Russel Crouse, Anything Goes follows the S.S. American as it heads out to sea. As it does, etiquette and convention head out the portholes as two unlikely pairs set off on the course to true love, proving that sometimes destiny needs a little help from a crew of singing sailors, a comical disguise and some good old-fashioned blackmail. This musical features some of Porter's most memorable songs, including "I Get a Kick Out of You," "Anything Goes," "You’re the Top," "Blow, Gabriel, Blow" and "It’s De-Lovely."