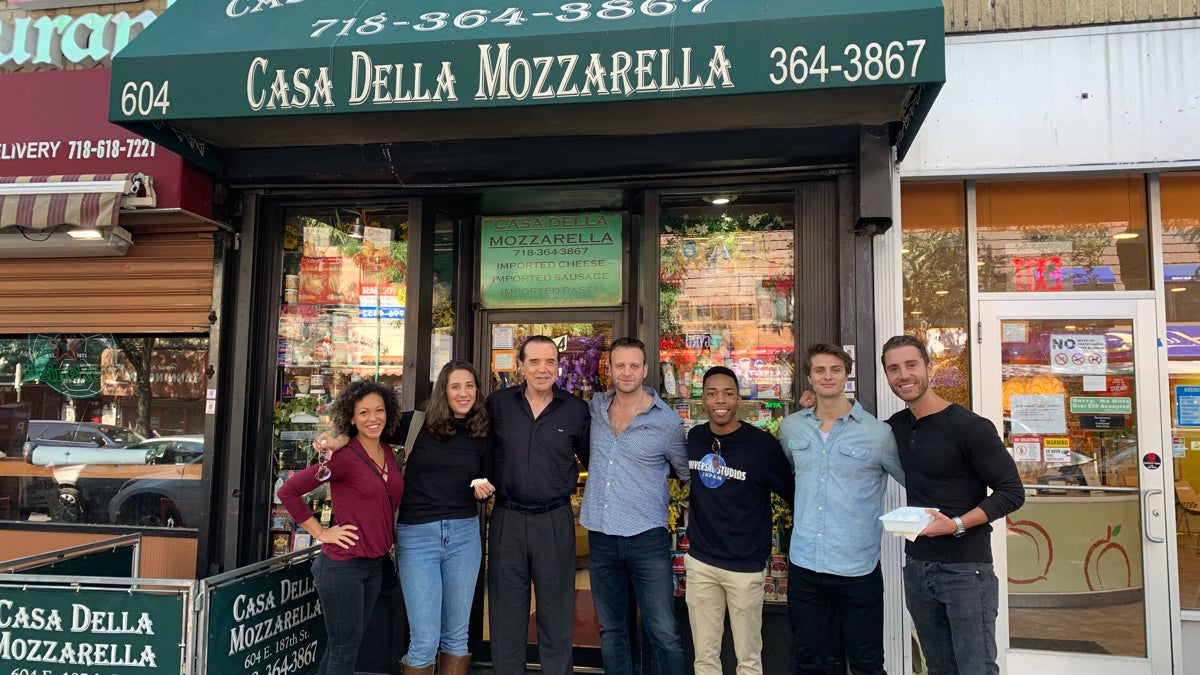 On the corner of 187th and Belmont Avenue! Chazz Palminteri took the touring cast of his musical A Bronx Tale on a guided tour of the famed borough on September 19, visiting many of the shops that are featured as storefronts in the scenic design of the show. Palminteri introduced recent Broadway.com #LiveAtFive guest Nick Fradiani (Lorenzo), Kayla Jenerson (Jane), Alec Nevin (Calogero), Stefanie Londino (Rosina), Jeff Brooks (Sonny) and George Vickers V (Tyrone) to the local shop owners. Additionally, Palminteri treated the cast to cannoli at Gino’s Pastry Shop and took them to see how fresh mozzarella is made at Casa Della Mozzarella. They also went to Palminteri’s old stoop, where he witnessed a murder—the real-life event that kicks off the story of A Bronx Tale. Check out Andy Drachenberg’s fun photos of the group’s tour of NYC’s The Bronx and get your tickets to see A Bronx Tale tour when it comes to a city near you.