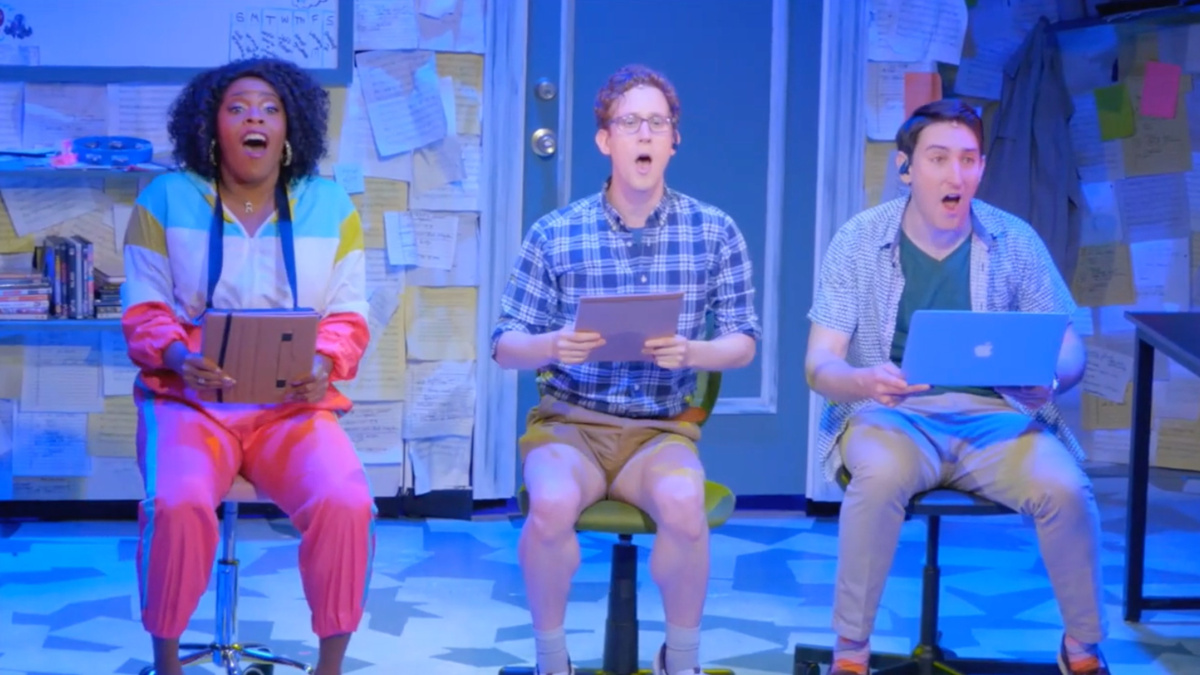 The original cast recording of Alex Wyse and Ben Fankhauser’s off-Broadway show A Commercial Jingle for Regina Comet is now available, and we have an exclusive look at the production. See a scene from the musical comedy featuring Wyse, Fankhauser and Bryonha Marie Parham performing “Connecting the Dots.” A Commercial Jingle for Regina Comet had an extended run at off-Broadway’s DR2 Theatre from September to November 2021. It tells the story of two nobodies who dream of writing one hit song, but their day jobs composing jingles for commercials isn’t the big break they hoped it would be—until they are plucked from obscurity by a world-famous pop star. Regina Comet (if destiny had a child, it would be her) wants them to create an anthem for her supernova pipes and her new perfume. They’re so close to the big time, they can smell it. Directed by Marshall Pailet, the production features a book, music and lyrics by Wyse and Fankhauser. Be sure to get the just-released cast recording and watch the exclusive video below!