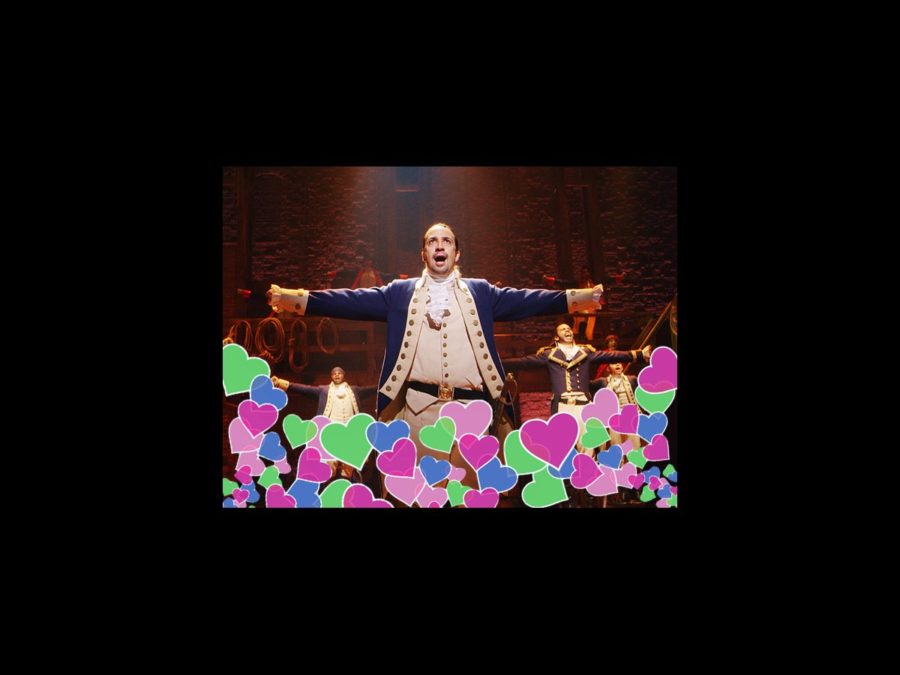 Let’s get this guy in front of a (digital) crowd! Hamilton creator/star Lin-Manuel Miranda broadcast his first Periscope on June 21. The livestream(s) garnered 1.1 million hearts, and over 100K views on the two videos. Miranda addressed many burning fan questions on what he called the “Heart Tweet Machine,” from his favorite Disney movie (“The Little Mermaid’s the reason I’m sittin’ here") to whether or not he’s a good bowler (“I’m all right. If I have two rum and cokes in me, I’m even better”). He played iTunes library shuffle roulette (apparently, he’s a huge fan of The Decemberists), showed off his dressing room at the Richard Rodgers Theatre and dropped knowledge on some projects Hamilfans have been eagerly waiting for. Here are five things we learned!

1. Teerico.com Raised $50,000 for Orlando
The family-owned business will launch a line starting in August from which a portion of the proceeds will go towards Broadway Care Equity Fights AIDS. Currently, you can purchase merch that references "In the Heights" and, of course, "Hamilton."

2. "You're not ready for who's coming to Chicago"
Hamilton will land in Chicago soon, and according to Miranda, the cast is going to be totally dope. He spilled that no one from the original cast will be heading to the Windy City, but he hinted the production will include some "familiar faces."

3. The Hamilton Mixtape Hits Earbuds This November
As previously reported, The Hamilton Mixtape will feature artists like Usher, Sia, Queen Latifah and more. Miranda even gave viewers an ultra-brief first listen of Busta Rhymes throwing down "My Shot." The concept album will include both remixes and covers of songs from the smash hit musical, and we definitely can't wait for it. Miranda said they're hoping the album will be released the first week of November.

4. Groffsauce Will Be Back
Jonathan Groff will return to the stage as King George when Hamilton is filmed for archival footage. No word yet on what will be done with the footage, but maybe one day it will get sprung out of Gringotts.

5. The Ham Documentary Will Blow Us All Away
Raise a glass—or a popcorn bucket! Miranda is moving into the cinema world, and Hamilton will eventually blow audiences away at movie theaters. Emphasis on "eventually," kids. Miranda recently said there would be a screen adaptation: “Someday. Probably not for, like, 20 years." We're willing to wait for it! Meanwhile, the doc will air on PBS in October and will include everything from some archival footage, a feature on other history musicals and a conversation with Nas about writing hip-hop music.