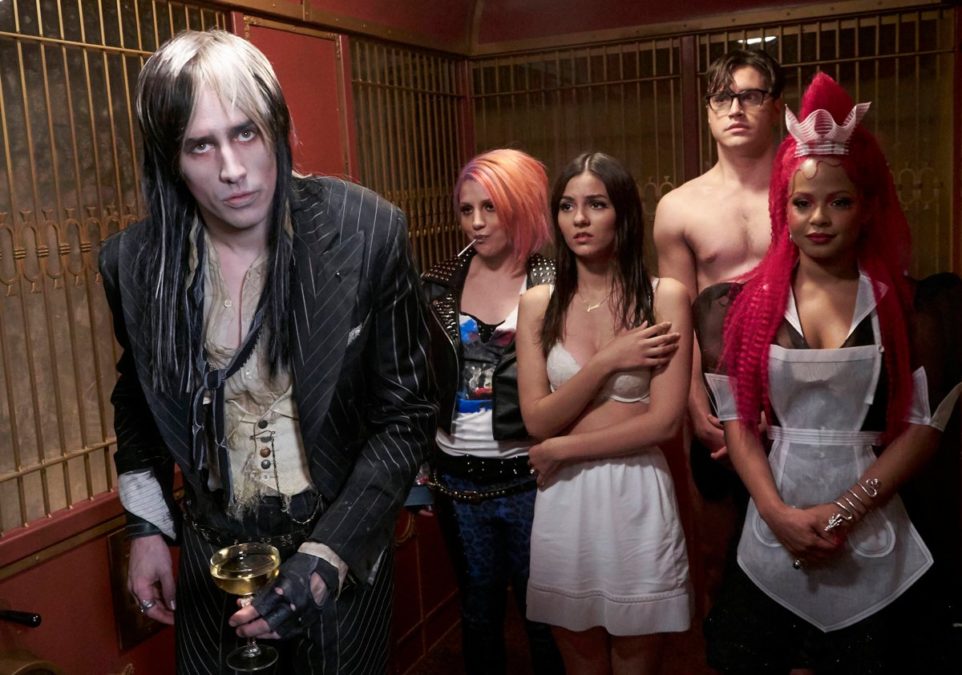 Dressing up as the Rocky Horror Picture Show cast for Halloween is never a bad idea, and this year, super fans of the delightfully zany cult musical have more reason to than ever. Fox has now announced that the 40th anniversary revival will air during the month of October. The Kenny Ortega-helmed broadcast is set to be filmed ahead of time, and that means we get a sneaky peek at the madness going on at Frank-N-Furter's mansion! Take a look as Reeve Carney, Tony winner Annaleigh Ashford, Victoria Justice, Ryan McCartan and Christina Milian come up to the lab to see what's on the slab. With a star-studded cast that also boasts Orange Is the New Black fave Laverne Cox as the Sweet Transvestite, Tony nominee and original star Tim Curry as the Criminologist Narrator, Adam Lambert as Eddie, Ben Vereen as Dr. Everett Scott and Staz Nair as Rocky, we are definitely shivering with anticipation for a scary good time!