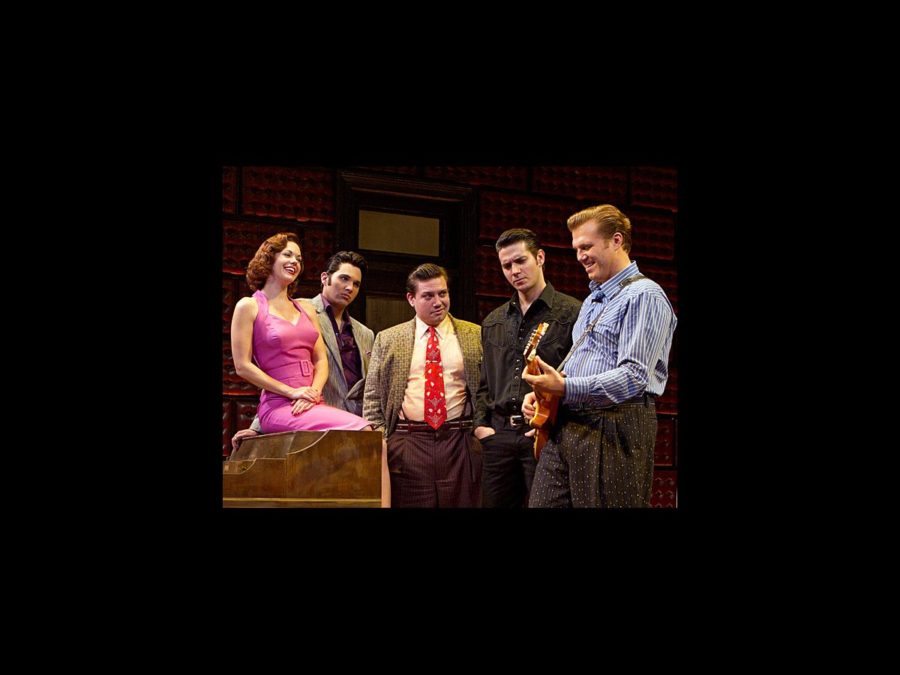 
About The Author:
Kelly Lamont is crossing the country as Dyanne in the national tour of Million Dollar Quartet. Although this is the show’s first national tour, Lamont is no stranger to the rock ‘n’ roll musical, as she originated the role in the Chicago production in 2008. Based on the one fateful night in 1956 when Elvis Presley, Johnny Cash, Jerry Lee Lewis and Carl Perkins jammed together for the only time in their careers, Dyanne was the only woman there to witness it. In her own words, Lamont describes what it’s like to represent the females in Million Dollar Quartet.

It's 1956. Elvis, Johnny, Carl, Jerry Lee and… Dyanne? Yes, one of these things is not like the other. In a cast of eight, I play the only lady. When I was first cast in this production and heard that I would be working with a handful of men, believe me, I was excited. Not because I don't like working with women, but because I thought to myself what a cool and rare opportunity it would be if I was surrounded by men on stage. Yup, a stage full of attractive men. It's not every day that this kind of show is written. I knew the job would be difficult, but some woman had to do it.

Being the only woman in this show has never been an issue for me. I remember coming into rehearsal the first day and being nervous that I'd be working with only guys, but once we got on our feet and started working through the music, we became a band. It's been that way ever since. The guys have always treated me as an equal. I knew the way I’d earn their respect was to come in, rock out my songs, have a few whiskeys (or a bottle) after the work day was done and we'd be all good. So far, it's worked like a charm.

I'm a pretty goofy person and love to make people laugh. During one of the first rehearsals, I was messing around on stage with the guys and pretending that I was in an opera. Our music supervisor, Chuck Mead, heard me and decided we would use that in the show. So during Johnny Cash's "(Ghost) Riders in the Sky," Dyanne is singing angelically in the background, which adds to the authenticity of the show. Many people probably don't realize it, but Dyanne's vocal parts in the show are all over the map. She sings jazz, melt-your-face-off belty rock and then operatic notes at the end. It's all fun to me and makes playing the part that much more interesting.

This show definitely has a different vibe from other shows I've been in, based on the fact that we are a group of musicians. I've worked in a bunch of bands and performed on stage with musicians that play everything from death metal to Handel. Because of this, I felt I fit right in to this "band like" atmosphere. Most of the people onstage are musicians first, which is really different than most Broadway actors. The first few weeks of rehearsals were solely focused on learning the music. Almost every character not only has to sing and act, but has to play an instrument as well. It's a lot to learn! I got lucky because I only play the tambourine. Yet I remember when I first picked it up and I could barely play it. Now, I never want to put it down. I play a mean tambourine!

I am so lucky to be among some of the best musicians in the business. These guys make my job very easy and such a blast! I can truly say that this is one of the most exciting shows I've ever done and it is due to the fact that everything is played live, and these guys can really kick ass! Every night feels like a new show because it is live music and theater combined. We've had strings break, microphones go out, amps not work; you name it, it's happened. The show must go on, and we always figure out a way to do it.

One of the most common questions I am asked about Dyanne is if she was a real person and was there during that recording session. The answer is yes and yes. Elvis brought a woman to the jam session and she went on to do her own thing in life. She didn't write a tell-all book or try to gain anything from her brief relationship with Elvis. I always keep this in the back of my mind while I'm on stage because, to me, that means she must have been confident in herself and could hold her own. I believe that is what Dyanne brings to the stage. I say, let's do a shot to that!

Catch Lamont and the boys at Boston's Citi Emerson Colonial Theatre from October 8 through 20.