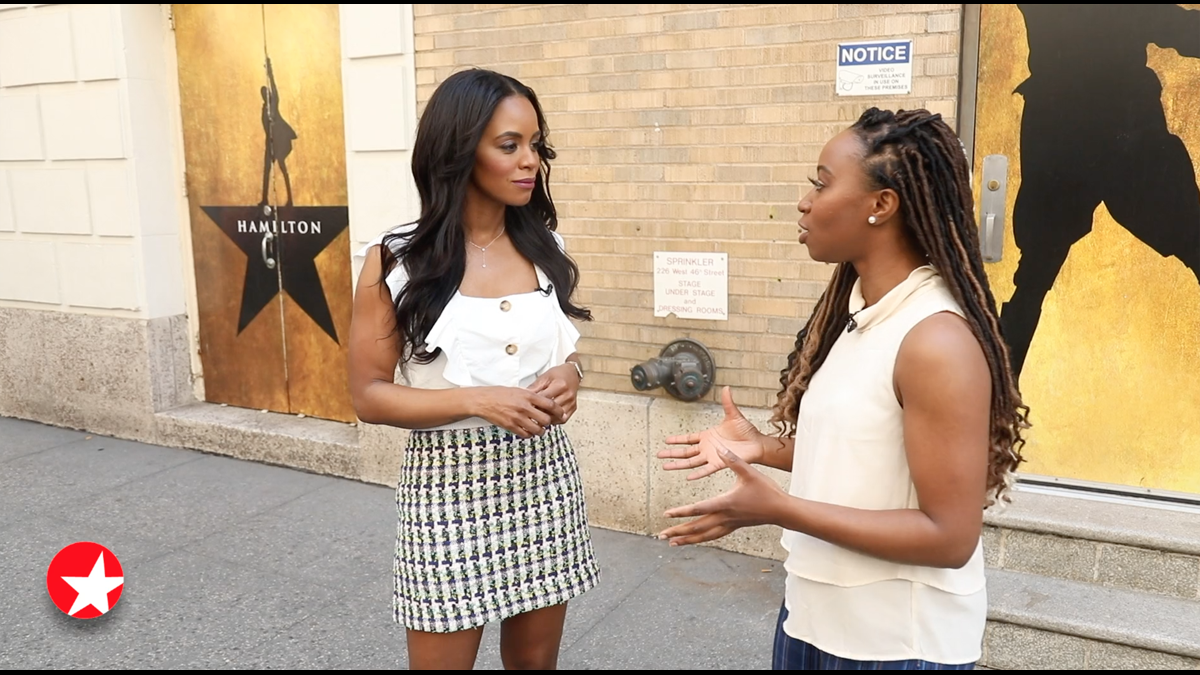 Krystal Joy Brown is more than ready to get back into the room where it happens. As previously announced, Brown will resume the role of Eliza Hamilton when Lin-Manuel Miranda’s Tony-winning hit musical Hamilton returns to Broadway on September 14. Brown spoke to Broadway.com correspondent Charlie Cooper about the approaching homecoming outside the Richard Rodgers Theatre, home to Hamilton, on the season premiere of The Broadway Show. “There’s a date on the marquee now,” Brown said, pointing to the signage. “I remember when it was just nothing and then it said 2021. Now it’s actually September 14th, which feels very real. I haven’t been in the theater in a year. I can’t wait to get in there and just smell the theater again, to stand on that stage and figure out how to walk on a turntable again. It’s a very special moment.”

As Eliza Hamilton, Brown says “she’s the one people can connect their hearts with,” and she can’t wait to have those moments again. “I miss our audiences and our collective spirit together as we walk in,” she said. “But mostly I miss that big roar when you hear ‘Alexander Hamilton.’ It’s raw and like a rock concert. That adrenaline and that love and connectivity is something that I miss and I’m excited to get back to.”

With the previously announced Miguel Cervantes and Jin Ha leading the company as Alexander Hamilton and Aaron Burr, respectively, Brown speaks about the importance of representation on stage. “What I think Hamilton has done has always shown representation of what this country actually looks like,” she said. “You see every shade, every color, every body size. We have all of it in this company and we are always looking to be inclusive and spread the narrative of what the arts can be. It’s a big deal how we’re coming and restructuring Broadway and what we’re bringing. I think a lot of shows are getting excited about how we plan to return and are taking notes on how we can continue to spread this representation across the land.”

Watch the interview below, and head here to check your local listings for The Broadway Show. Hosted by Emmy-winning anchor Tamsen Fadal and powered by Broadway.com, it is the only nationally syndicated weekly theater news program.