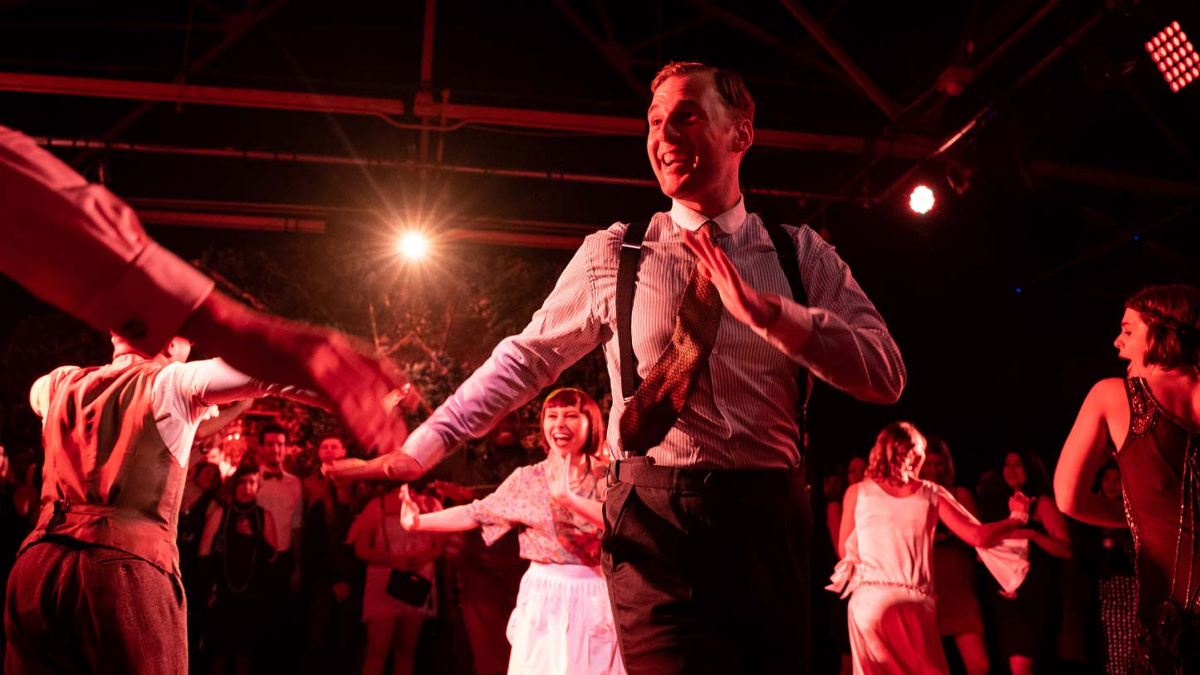 The Great Gatsby, London's longest-running immersive production, is scheduled to reopen at the West End venue IMMERSIVE | LDN on October 1. As with all U.K. productions, the show was forced to close down in March due to the coronavirus pandemic. As previously reported, London has extended the cancellation of West End performances through June 28.

The production has been reimagined as an Art Deco masquerade ball, with everyone wearing compulsory face coverings. The capacity of the venue will be significantly reduced to help the audience members keep a safe distance from one another; the nature of the show allows attendees to be able to choose where they stand and move throughout the performance.

The show content is also being altered and updated to avoid any activity that would be considered high risk, and the actors will be trained to keep audience groups following the story while remaining at a safe distance. Temperature checks will be required for both audience and staff on arrival. The venue will be deep cleaned before and after every performance with bar equipment sterilized. Hand sanitizers will be available throughout the venue. These COVID-secure policies will be under continuous and thorough review.

"We want to offer something for people to look forward to following this extended lockdown," said producers Louis Hartshorn and Brian Hook in a statement. "Hopefully we can provide a blueprint for other productions to open safely and be part of the process of restoring employment and the economy of the creative industries."

Directed by Alex Wright, The Great Gatsby first came to London as part of VAULT Festival in 2017 and sold out before the show opened. The show has since run in Wales in co-production with Theatr Clwyd, at Halifax’s Square Chapel and at Castle Howard in North Yorkshire. All the while, the show has played night after night at Gatsby’s Drugstore in London, inviting audiences into the hedonistic world of F. Scott Fitzgerald’s seminal tale, and in 2018 it became the U.K.’s longest running immersive production.

Other productions are also exploring what is possible in the theater with safety restrictions. As previously reported, The Crown's Matt Smith and Claire Foy will reunite for socially distanced performances of Lung at The Old Vic this June. As previously announced, Andy Señor Jr. will direct a production of Rent in South Korea this summer, which has also been made possible with COVID-secure policies.