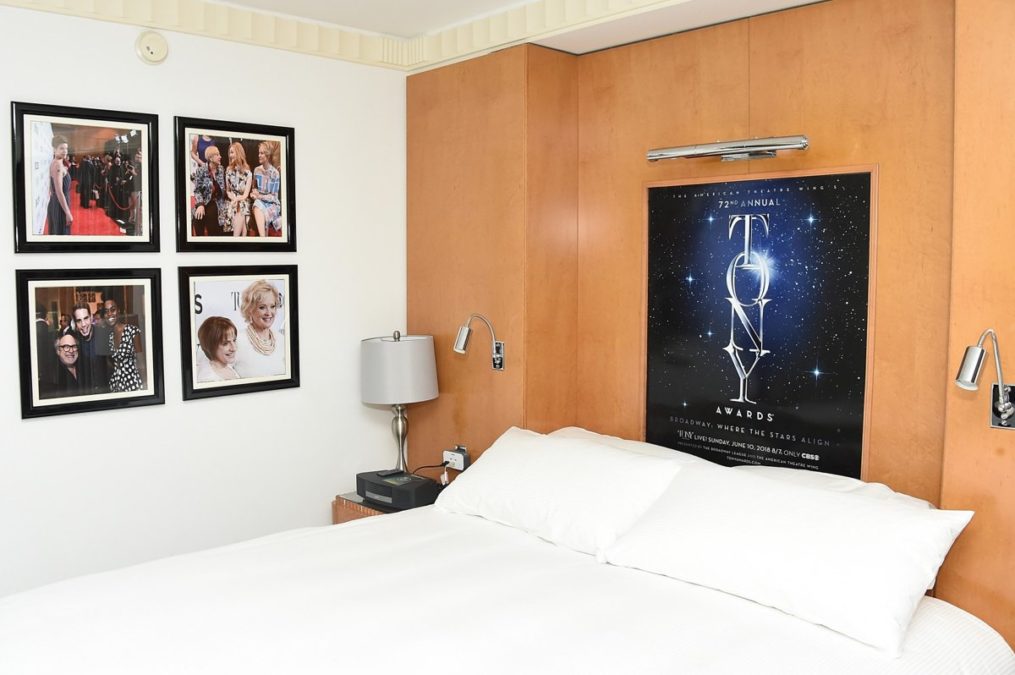 The official Hotel Partner for the 73nd annual Tony Awards, Sofitel New York has unveiled its annual tribute to Broadway. Back for an encore, with several new embellishments, are the luxury midtown hotel's Tony Awards Suite and a $100K Tony Awards hotel guest package, which will benefit the arts education programs of The Broadway League and the American Theatre Wing.

Leading up to the big night will be a lobby exhibition at Sofitel New York titled "Celebrating Our Love of Broadway." On display April 30 through June 10, the exhibit will showcase images of iconic Broadway moments on stage, behind the scenes, and on the red carpet that illustrate love in all its incarnations. Accompanying the images will be quotes by the celebrities pictured, revealing their personal thoughts about the moment that has been captured on film.

To create the Tony Awards Suite, Sofitel New York has transformed one of its luxury Terrace Suites with breathtaking views of Manhattan's skyline into a treasure trove of Tony-themed memorabilia and amenities. Among the ovation-worthy offerings are a Tony Awards songbook, scripts from award-winning plays, photographs from famous opening numbers, programs, invitations, and Playbills from 1960 and beyond. Suite guests also enjoy a new video loop featuring footage from this season's top musicals and plays. Personalizing the experience are embroidered pillowcases, bathrobes and towels, and a 1996 Tony poster by Frank "Fraver" Verlizzo. The suite is available for booking through September 4, 2019. Rates start at $2,000 per night.

· Two tickets to the Tony Awards Honors Cocktail on June 3, 2019 at Sofitel New York
· Two VIP House Seats to the 2019 Tony Awards at Radio City Music Hall on June 9, 2019 with an opportunity to walk the red carpet
· Fashion and styling provided by CFDA fashion designer and Time100 honoree Christian Siriano for a red carpet debut
· Hair and makeup
· Two tickets to the Official Tony Awards Gala and After Party at The Plaza Hotel
· Two House Seats for three 2019 Tony-nominated performances of the guest's choosing

The $100K Tony Awards Package is valid for booking through May 22.