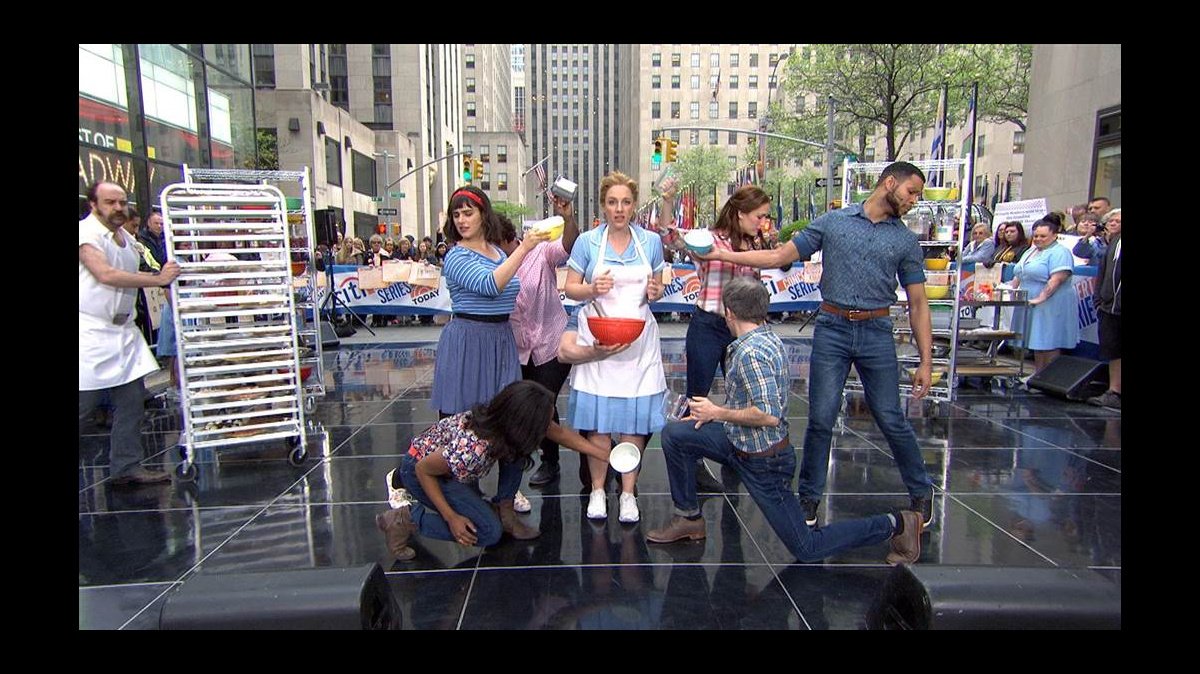 Jessie Mueller & Sara Bareilles Serve Up a Slice of Waitress

Tony winner Jessie Mueller, Grammy nominee Sara Bareilles and the cast of Waitress brought some sugar, butter and flour to the 30 Rockefeller Plaza on May 2 as they offered The Today Show a taste of two numbers from the scrumptious new musical. Take a look as Mueller and her co-stars (including Kimiko Glenn and Keala Settle) perform a bookend of snippets from the opening number “What’s Inside” and finale “Opening Up.” Check it out below, then see what’s inside the filling over at Broadway’s Brooks Atkinson Theatre.