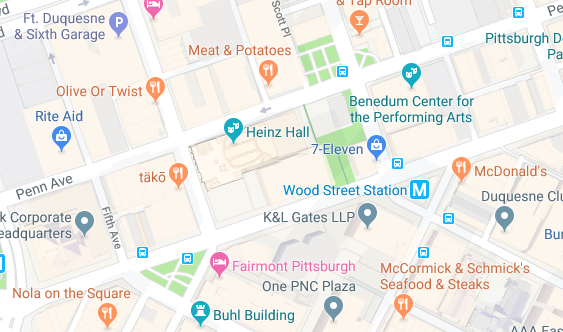 Heinz Hall was originally the Loew’s Penn Theater, built in 1927 as an opulent movie house and regarded as the most magnificent theater between New York and Chicago. The Loew’s Penn Theater closed its doors for good in 1964, scheduled for demolition. John Heinz II and the Pittsburgh Symphony saw promise in the grand, but aging building, and undertook a 3-year, $10 million reconstruction. On September 10, 1971, the building reopened as the Heinz Hall for the Performing Arts.